Not quite as productive as I had hoped. I was planning on spending the day upstairs in my craft room creating. Unfortunately it wasn't to happen. I was up there starting on a project when middle son texted me to tell me a package he was expecting was going to be delivered and needed a signature. I can't hear or see any comings and goings upstairs and the delivery company he said was delivering doesn't usually have a specific time.

Later in the afternoon he tells me he was mistaken and it was another delivery company that I knew didn't come until later. They actually didn't end up coming until after 7pm so quite a waste of a day. I did have hubby take me out later down to the park for a walk. I needed to get out of the house for a little bit. I miss my long daily walks. Hopefully if it stops snowing, the roads will clear and I will be out driving again.

I did get my cross stitch finished. Well, the stitching part is done. I have the backstitching left to do. It will really make the details pop. 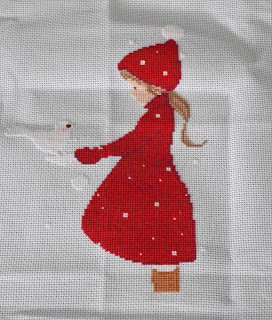 I did also get started on my wildlife photo album. I found up a little album I had and am using that. I'm determined not to buy any more (however cute) until I use up what I have! 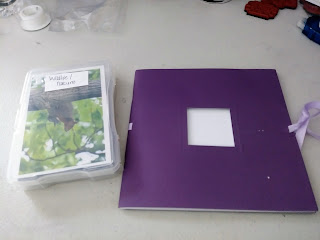 I'm planning no disturbances tomorrow so maybe I'll have more to show!