Joining up with Amy over at Love Made my Home for another Five on Friday. Sounds like changes are ahead! Looking forward to continuing participation over at F.A.S.T blog - Family Attempting to Survive the Times - great blog, always interesting to see what they are up to.

Now onto my Five on Friday. It's been unseasonably warm here in Michigan - so  much so that there were actually people out in shorts last week. It really wasn't THAT warm, but when you've had well below freezing temperatures and no sunshine mostly since November it seems really warm. Let me tell you, there were lots of really white legs about! Anyway, because it was so nice out we took a trip to one of my favourite lighthouses - Big Sable Point Lighthouse on Lake Michigan near Ludington. 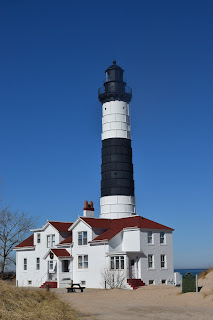 The lighthouse was built in 1867. There was a growing lumber industry in the area and a number of shipwrecks on the lake. In 1855 there were twelve shipwrecks! 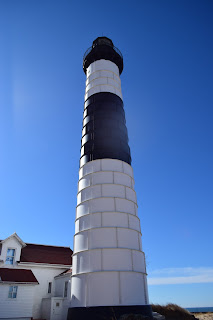 The tower is 112 feet high - it is one of the few Michigan lighthouses with a tower over 100 feet. It's quite a climb to the top as we did it last summer. It isn't open in the winter months. In the summer volunteers stay at the lighthouse and conduct tours. 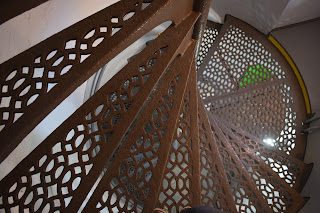 It was the last Michigan Lighthouse to get electricity and plumbing in the late 1940s. 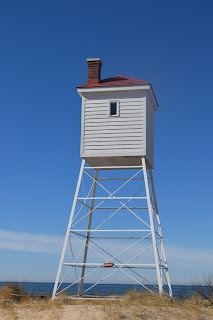 This is the current fog signal. An older fog signal fell into the lake due to erosion in 1943. Erosion around the area is still a concern.

It's quite a walk to the lighthouse (1.8 miles from the carpark) and all the time I was imagining what an isolated place it must have been back in the 1800s. I can imagine being out there in the middle of winter with the snow, ice and cold winds blasting against the lighthouse. It looked so beautiful the day we went, but I can imagine it is quite daunting in the a snow storm. 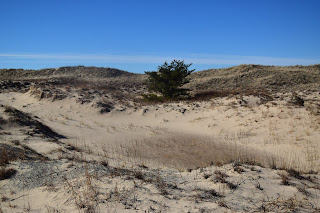 They put wooden barriers to try to cut down on the sand drifting as it is surrounded by dunes. 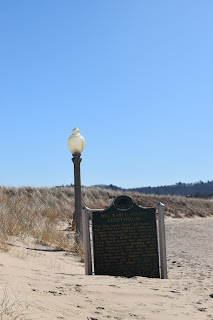 They don't always work! This is the sign as it was the day we went. 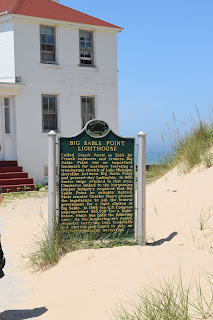 This is from last summer.

Posted by Sharon at 8:34:00 AM
Email ThisBlogThis!Share to TwitterShare to FacebookShare to Pinterest
Labels: Big Sable Lighthouse, Pure Michigan