The morning started off quite chilly. I managed to drag myself out of the warmth of bed and get bundled up and ready by about half past nine. I know it's not early, but after years of getting up at 2.30am I can honestly say that I am no longer an early riser. Once we'd done the weekly shop we took off on a drive to a county park. It is called Scotts Mill County Park and is a pretty little place to visit with a nice trail to walk. 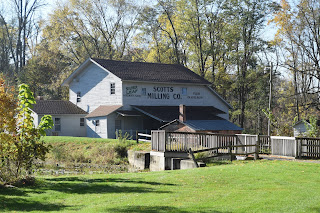 This area was first settled in 1836. The original mill was built not far from this one. The mill you see was built in 1870. It was in operation up until 1971 when the owner died and milling ceased. It was purchased in 1973 by Kalamazoo County Parks. 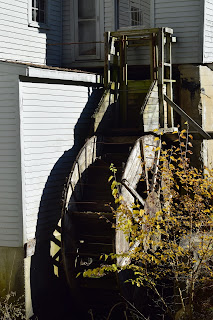 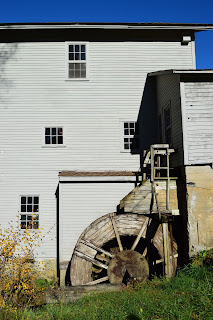 It has a really pretty view. 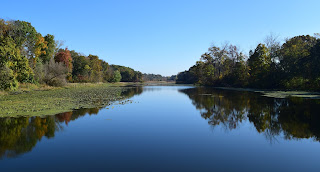 The nature trail isn't too far. 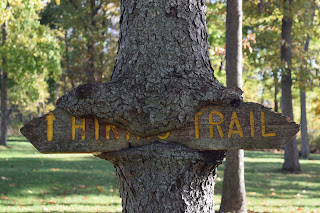 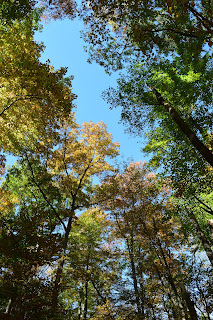 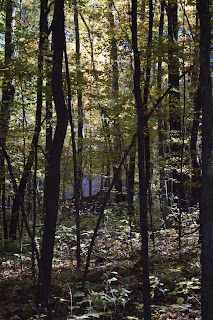 Through the trees we saw a cabin but we're not sure if someone lives there or not. It is in the park so probably not. We couldn't get close enough to see.

After walking through the woods and back to the car we headed out to our second destination - Van Buren State Park. We wanted to check out the camping sites and the dog beach. We had a map of the park so marked down the sites we wouldn't mind reserving. Some looked close together and others were larger with natural tree borders marking off the site.

There were quite a few hills up to the beach. Yikes. Sand dunes. Puff. 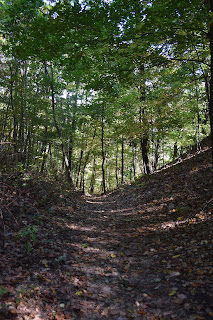 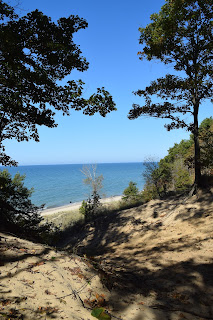 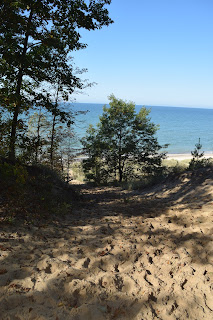 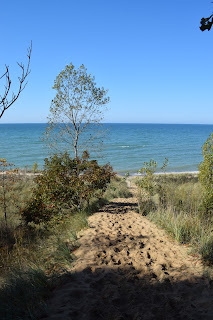 Once up one side and down the other the view was fantastic! 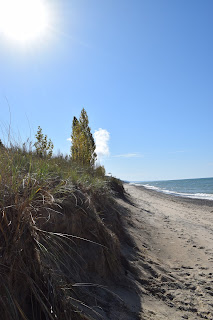 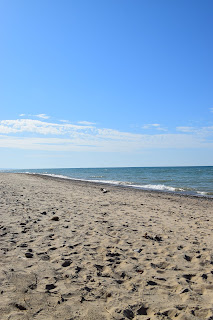 There were several people on the beach. They seemed to be looking for something along the lakeshore. Of course, that made me have to google it to see what exactly they were looking for. Apparently because the lake has been so high lots of stones have been left at the lake edge and people are looking for stones and fossils. 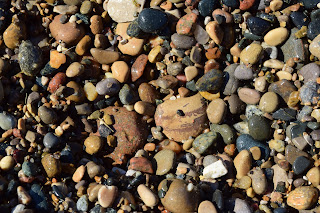 This is the most interesting thing I found. 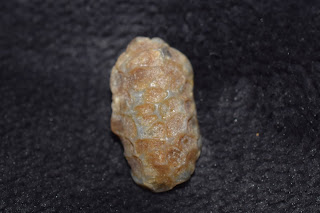