Usually we go for a walk on Sundays but this week we went on Saturday instead. Good job too as it rained overnight and early this morning so everywhere is wet and muddy. Daughter, who lives about an hour-and-a-half away had yesterday off work so we met her at a State Park we hadn't been to before and went for a hike. Daughter brought her dog, Shasta who wore her new backpack. 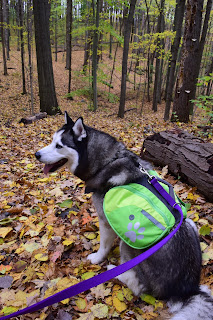 Apparently Huskies like having a job and they love exercise so, in an attempt to wear her out, daughter wanted to try out the walk with the backpack. I would have thought perhaps it would have bothered her but she loved it! It certainly didn't slow her down. She loves being the leader of the pack.

It was a beautiful walk. The trail was around the lake and we got to see some really pretty views. 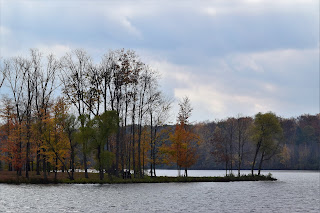 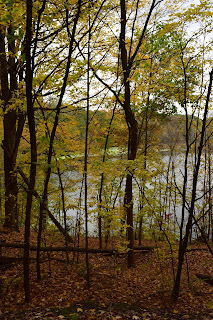 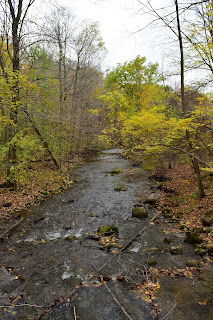 We got to see some really cool stone cairns that people had left as they walked. It was quite a surprise to see them in the middle of the woods. 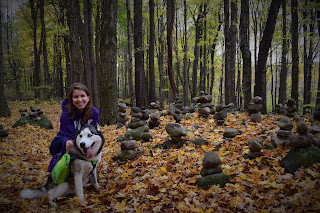 We even added our own stone. 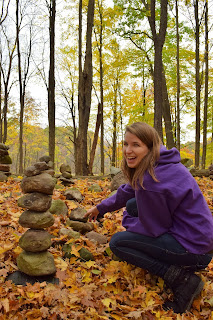 As we walked the trail we came to a couple of 'modern' cabins that can be rented out in the summer. 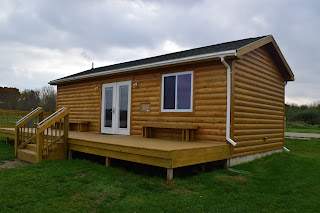 They had this plaque on them. I thought it was quite interesting. 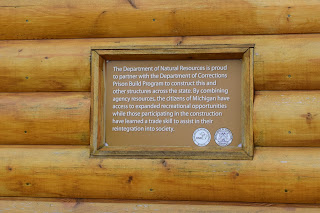 The walk was about three and a half miles. It wasn't too bad. There were some hills but nothing too strenuous, certainly not like the sand dunes last weekend! Really pretty. 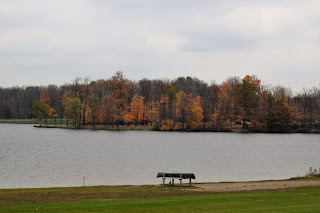 Daughter said the walk wore her out more than the dog! I think hubby agreed. He barely moved all night.

Posted by Sharon at 10:59:00 AM
Email ThisBlogThis!Share to TwitterShare to FacebookShare to Pinterest
Labels: Dog walk, Walk in the woods