It's been a lazy weekend around the house. We were going to go for a nice walk/hike today, somewhere we haven't been, but it's been raining for days and was still raining this morning so we put it off. Yesterday we got sat the wonderful Shasta while daughter went out with a friend. It would be perfectly fine except Shasta doesn't like cats and our cat doesn't tolerate dogs. We managed quite fine although Shasta did not like one of the windows in the living room - she kept looking up at it and whining. When I closed the curtain she really got upset. Goofy dog.

I tried out a new recipe yesterday but forgot to take pictures - Buffalo Chicken Wraps. I don't eat meat so I don't taste a lot of this stuff. Hubby said they were good. Oldest Son said they were a little too creamy - less sauce perhaps?

Today I made a favourite of mine - Lasagna Roll-Ups. I use a Taste of Home recipe (basically) from Lasagna Roll Ups. I omit the sausage from the sauce for mine. 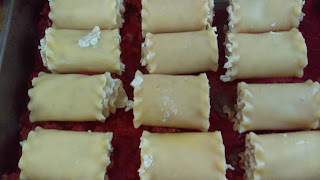 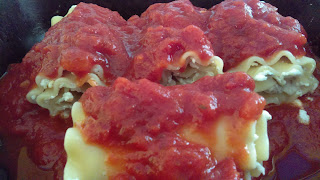 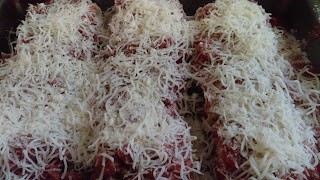 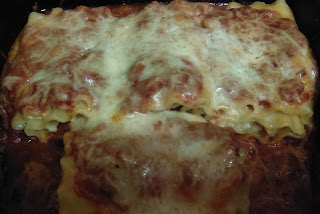 The recipe does make a LOT of them. I ended up with 16, not 12. I have halved the recipe before but there is enough leftover for Hubby, Middle Son and I to have/take for lunch tomorrow. Yummy!

I am going to make a to-do list in the morning so I actually do some of the stuff I'm supposed to do!

Posted by Sharon at 9:30:00 PM
Email ThisBlogThis!Share to TwitterShare to FacebookShare to Pinterest
Labels: weekend