Cherie, I didn't take photos of the inside. It really wasn't that glamourous. It's considered backcountry camping so the mere basics. You even have to keep your food in a metal thing outside in case of bears! It sounds more dramatic than it is as it isn't that far from the modern campground.

I wasn't a big fan of the storm. I think if it got worse I would have hopped in the car!

I must admit that I had trouble getting out of bed this morning. I was tempted to sleep in again, but I needed to get back into the groove so got up my usual time. I didn't arrange to go for a walk with my friend today. I really just wanted to ease back into things and go by myself. It was nice until it started to heat up!

I finished the wash today. There were just two loads left. I had done a bunch on Saturday when we got back but hadn't finished them so I did it today. I got my usual jobs done, but not a lot more. I did sort out some postcards. I'm trying to get them organised so I can think about selling some or doing something with them. I am keeping some of the ones of places in Michigan separate as I am thinking about trying to photograph the place as it is now and see how much things have changed.

Tomorrow I am walking with my friend, I have a couple of errands to run and then I have to do some work around the house. I think I need to make a list of organising tasks to be done so that I can tick them off. I think that might keep me on track better.

I have Phone Photos - Things That Make Me Smile to catch up on again! 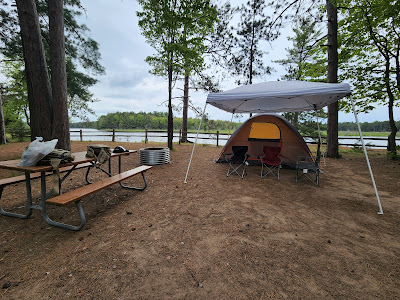 First day of camping holiday. It was a pretty campground, quite secluded and right by the river! 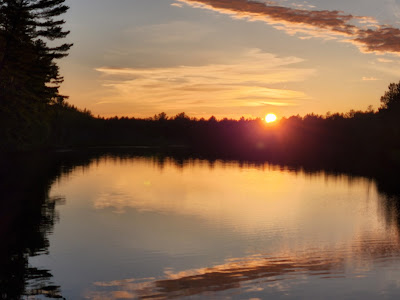 A lovely sunset. Nothing better to make me smile 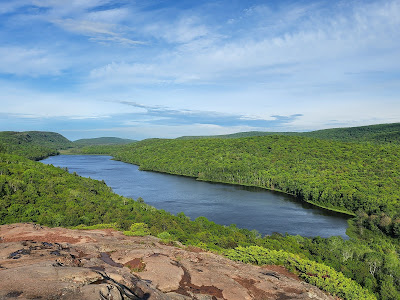 Next camping spot near The Lake of the Clouds. Such a beautiful area. We have visited here several times and we never tire of it. There always seems something new to do and see. 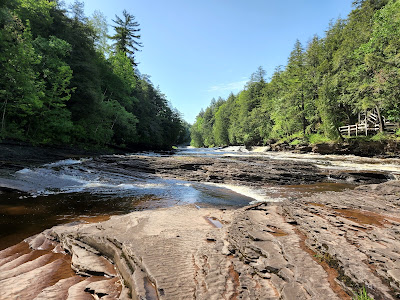 Posted by Sharon at 8:58:00 PM
Email ThisBlogThis!Share to TwitterShare to FacebookShare to Pinterest