We are finished at Jane's house! Husband worked longer days this week, took a couple of hours holiday and came over with us and helped finish up. It feels so strange to be done. I imagine next week will be weird when I don't have to go over there. I hope to be able to work on decluttering my own neglected home. It's been a long time coming, a lot of hours and hard work. I take my hat off to people who do this for a living, though I suppose you aren't emotionally attached to the person it makes things a little easier. The things in someone's house are just so personal to them and you don't want to just seemingly throw their life away. Jane lived such a full life and experienced so many things. Along the way she collected a lot of things that reminded her of these times. They meant a lot to her, but some of those things weren't memories to us. It's just a difficult thing to do.

I didn't take a lot of photos of the house as it was (I didn't want Jane just to be thought of as her hoard) and several have been lost due to my phone being broken, but I found this one of the living room before we started and after 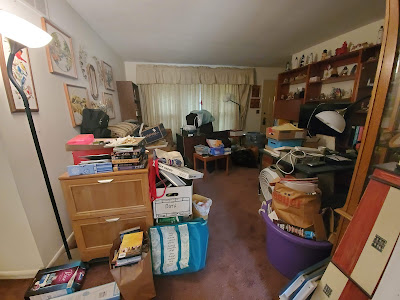 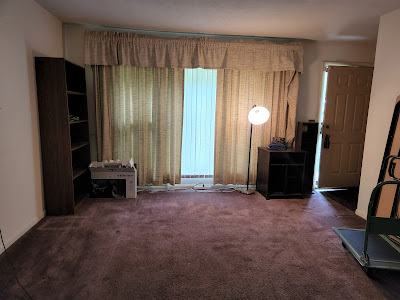 This was one of the tidier rooms.  I think that second photo is my 182/365 Things That Make Me Smile.

I did go for a walk this morning and took a couple of photos of other things that made me smile. It wasn't until we were done at Jane's that I knew the one above had to be used. 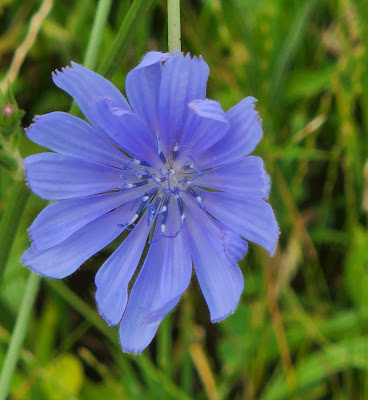 I think this is a Cornflower. Such a lovely beautiful colour - the phone photo doesn't do it justice - it's one of my favourite wildflowers in the field where I walk. 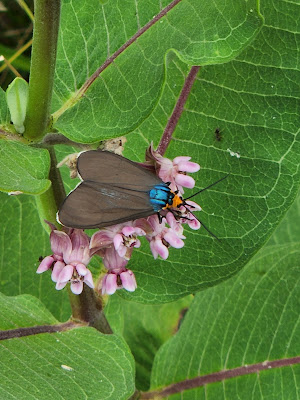 I think this is a moth of some kind. I need to look it up!

Hope everyone has a good weekend!

Posted by Sharon at 10:20:00 PM
Email ThisBlogThis!Share to TwitterShare to FacebookShare to Pinterest