Sunday wasn't the brightest day. Rain was forecast and it was rather dull, but we decided to go for a drive. It stopped raining enough that we decided to go and visit a pumpkin patch that my friend had told me about. We were out earlier than the place opened and after meandering along back roads (some of them dirt roads - yikes!) we ended up at the lakeshore. The skies were looking dark and ominous, but it made for some lovely photos. I'm sharing phone photos here as I haven't sorted out my camera ones yet (story of my life!). 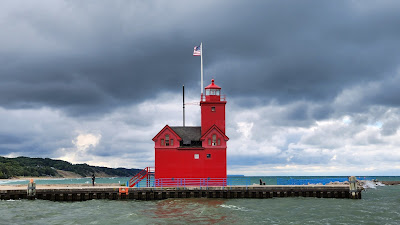 This lighthouse is at Holland, Michigan. It is known as Big Red. It's not one of my favourite lighthouses, but the skies just made me want to take some photos. I wasn't the only one.
You can definitely tell summer is over at this beach. They were already preparing for winter and putting up the winter fencing - that's a sure sign that colder weather is coming! 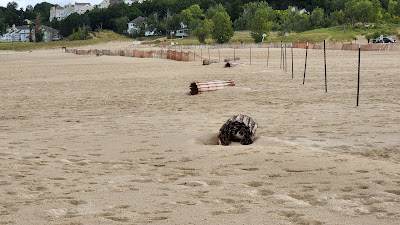 We only had a quick walk as those large dark clouds ended up coming our way and it started to rain!
We headed to our original destination - the pumpkin patch - further inland where it wasn't raining. Not especially bright, but at least not raining. It was a lot of fun! 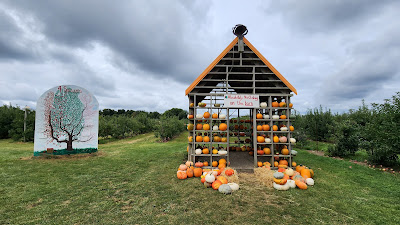 If you didn't want to walk down to the pumpkin patch they had a bunch on display up by the car park. 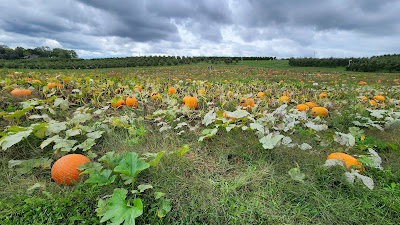 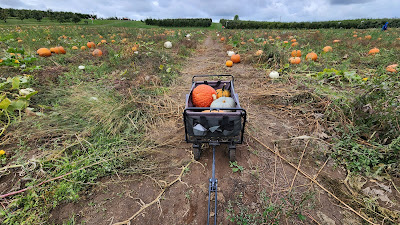 They even provided wagons so you didn't have to carry your pumpkins back!
My Day 268 photo - the pumpkins I picked 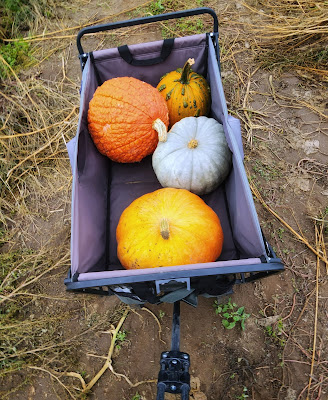 Monday came far too soon and the day went by so quickly. I got a few things done, but not as much as I had hoped. I wasn't sure that I was going to go for a walk today. I haven't really been feeling like it lately. I'm not sure why. I enjoy it once I'm out, but I really just don't want to get moving. I'm glad I did this morning. I saw two rainbows while out (it was raining a bit). This one really make me smile. I didn't notice it at the time, but I think it's almost a double rainbow. What a wonderful way to start the week.
Phone photos - Things That Make Me Smile Day 269 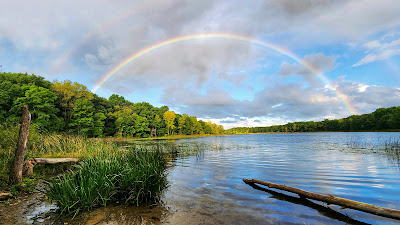