Been an okay couple of days. I was hoping to have some crafty projects to share but, in truth, haven't been up in the craft room the last couple of days. Yesterday I spent some time listing some Ebay auctions. I need to clear some things out. If they don't sell, they shall be donated. Now that our long breaks are done, I need to concentrate on getting the house in some sort of order. I spend more time inside in the colder months and I would like a space I feel comfortable in, somewhere I can relax without feeling hemmed in by stuff.

It's been a strange week this week. I forgot that husband has to man his works' booth at a county fair two afternoons this week (Wed and Thur). It makes for long days for him as he will be gone for 12 hours each day. He is thankful that he got the 2-6pm shifts each day and not the 6-10pm ones! Also, middle son is coming up twice this week - today and Friday (his birthday). I had to rethink the weekly menu. It was nice to see him though.

I'm not sure if I mentioned it here, but last week while we were camping (he didn't come with us) he had the dreaded Covid! Another worry! He had a couple of rough days but even though it's been almost two weeks he still has some cough and other issues. He has been so careful but thinks he might have got it at the gym. They never say if there have been cases, but he said some of the workers were suddenly wearing masks when they hadn't before! I suppose you never know though.

I'm still catching up on my Phone Photos - Things That Make Me Smile. I'm going to start with today's photo and then play catch-up with some more of the ones I've missed. 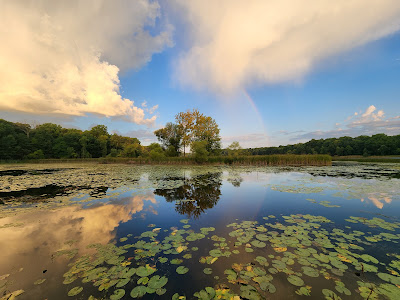 There was a lovely rainbow over the lake this morning and some beautiful clouds. What a lovely way to start the day! I wasn't looking forward to walking - I don't seem to have the energy lately - but I was so glad that I went. 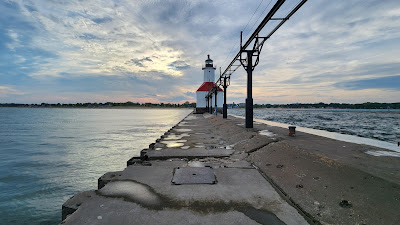 It's been a long time since we've been to the lighthouse at St. Joe. It's just too busy in the summer. We decided to go for a walk along the beach and the lighthouse. The light was lovely. 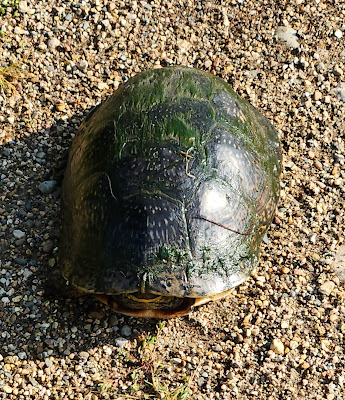 A lovely turtle on the path. Of course, he stuck his head in when I tried to take a phone photo! I did manage to get a few with my camera before he retreated to his shell (probably because I was further away). After I moved back a little he continued on his way. 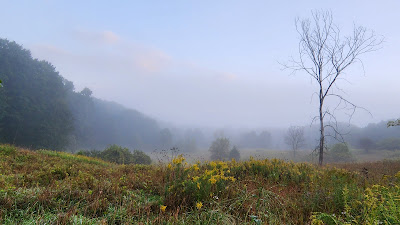 A foggy morning walk. The weather forecast said it was going to be cloudy all morning. It was lovely to see the sun after the fog cleared away.

Posted by Sharon at 9:49:00 PM
Email ThisBlogThis!Share to TwitterShare to FacebookShare to Pinterest