Son didn't go to work today. He was a little stiff and sore. His job is quite physical, so he was worried about having to crawl around and the pain it would cause. It's quite uncomfortable with work trousers on too! He did go back to the clinic and had his burns checked. He has to go back again tomorrow. He is going back to work though and will go to the clinic late in the morning. I suppose they have to be really carefully that the burns aren't infected. Apparently, son says he has one large blister that hasn't burst yet (yuck!).

My arm is a bit better today. I thought I was going to back to normal, but later in the afternoon I had another moment when I didn't feel well, achy, shivery. I took some more pain pills and felt better after a little while. I'm hoping that's the last of it.

I ran some errands today. No walk. It was rainy most of the morning and overall dull. I decided to run the errands I had to do and had a little look around in a couple of shops. I gave in and bought a few books at the dollar store. 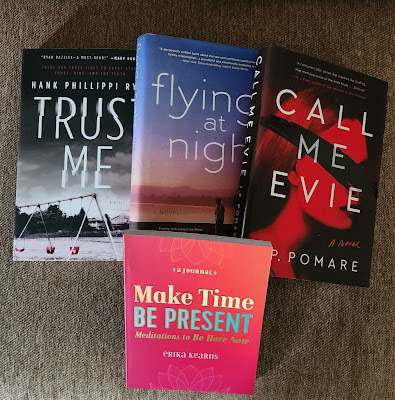 They had quite a few, but these were the ones that caught my attention. I stopped at the bookshop and bought...nothing! I was really pleased, but there wasn't really anything I wanted.

I finished my 97th book of the year today - only 3 more to reach my goal of the year! I really enjoyed this one. I have read Pieces of Her and (I think) I've watched it on Netflix. I didn't realise that this one followed on from that book. I borrowed it from the library as I really enjoy reading her books. It took me a moment (and checking on Amazon) to realise that this book did follow on from that one and then it began to make more sense! I got through it pretty quickly as I really wanted to know what happened next! 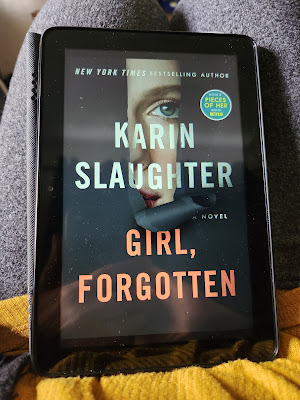 My Day 299 Phone Photo Things That Make Me Smile was a visitor to our garden. When I got up this morning and looked out of the window there was a mama and a young male deer outside. After I had put out some birdseed on the feeder table this guy came up to visit! 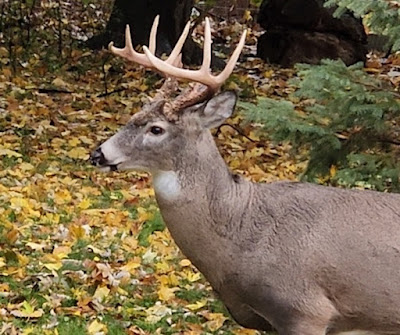 He was a little cautious of me, but didn't run away when I took several photos of him (with my phone and with my camera!)

Posted by Sharon at 9:35:00 PM
Email ThisBlogThis!Share to TwitterShare to FacebookShare to Pinterest
Labels: books, deer, everyday, in the garden