It was a fairly relaxing weekend. The weather was nice too. I went for a quick walk yesterday and spent the rest of the day doing some crafting, reading and playing around on my computer. It was also #1day12pics, the first Saturday of the month when photographers in an online group are supposed to take 12 photos of their day. I've challenged myself to do them each month with a theme and, so far, I've stuck to it! This month I decided to do 12 things throughout my day that made me smile - to go along with my year-long challenge (that I've also managed to stick to so far!). 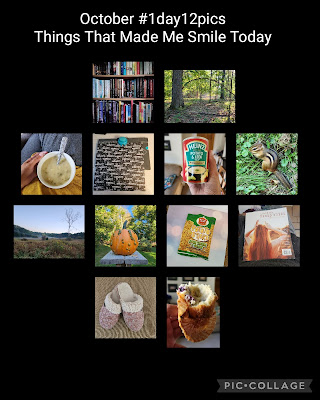 Today, Sunday, we took a trip to the lakeshore and had a walk along a beach we hadn't been to in a while. Well, that's not exactly true. We had gone there a few weeks ago only to find that they had implemented a $10 parking fee over the summer. We walked for a few minutes (the parking fee began at 9am) and got back in the car and left. We only wanted to walk along the beach - an hour or so at most - and didn't want to pay that much for an hour! However, the parking fee is only implemented from May 15- September 15. So today we went and had a nice walk along the pier and watched some birds and walked up to the lighthouse. 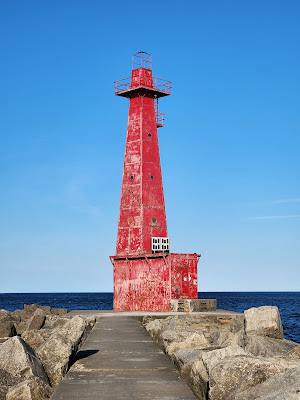 It looked a little worse for wear and could probably due with painting again. This one gets pretty battered in the winter and is usually covered with thick ice. Most of the walkway is covered with a thick layer of ice too. We usually can't even get on it in the winter. The walkway is quite long and it looks as though they have started to replace a section of it.
I was surprised to see that they already had some snow fences put up. I suppose now that summer is over they have to get prepared in case of an early winter. These fences also help stop the sand from blowing across the roads when there are high winds. 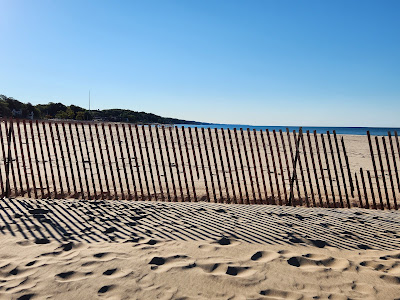 My Day 275 Phone Photo Things That Makes Me Smile 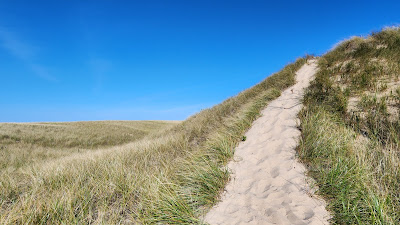 We walked up one side of this sand dune and this was where we came down. It was quite steep and the sand really soft and fine. Husband is telling me to 'go softly' and I'm more thinking it's likely I'm going to trip over my feet and roll down the hill into him! Luckily, I didn't!
Hope everyone had a good weekend. On to Monday!