Our recent holiday included a boat ride over to Mackinac Island. I've written about it before HERE for a previous Five on Friday post. It's a great place to visit. While over this year we spent quite a bit of time at Fort Mackinac. It is the oldest building in Michigan. 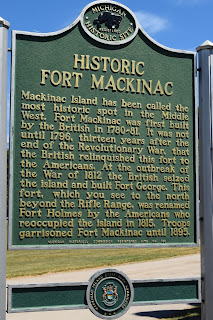 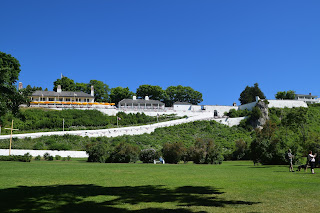 As you can see there is quite a hill in front of it and it is quite a walk up! 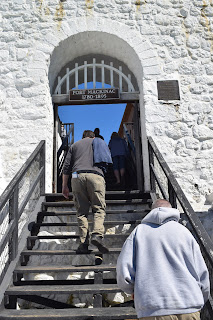 And steps up when you reach the top!

The fort was built in 1780. It was built by the British and later handed over to the Americans after the war of Independence.

There are several buildings around the fort all housing different aspects of life on the fort. 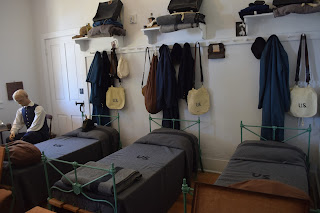 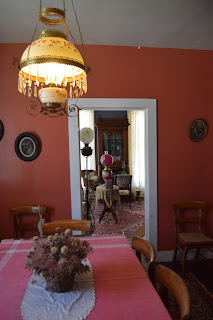 An Officer's House - quite a bit posher! 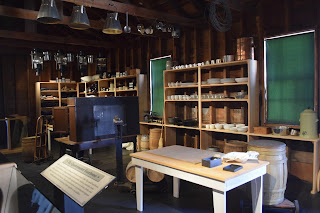 Where the soldiers were all kitted out.

It was great to look around all the buildings. 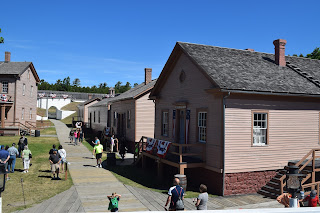 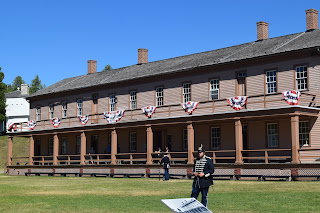 The soldiers had a fantastic view of the Mackinac straits below. You can see why the British built a fort here. It's the perfect place for a great view! 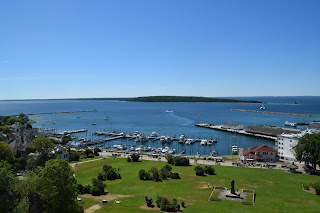 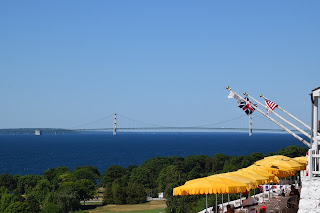 There are several reenactments throughout the day. 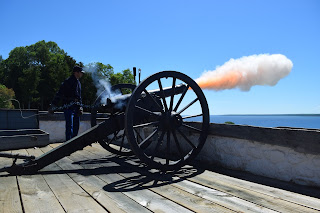 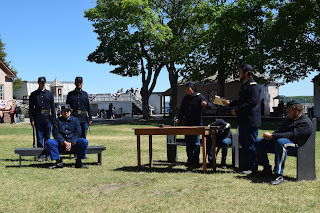 Court Martial using an actual case. These poor fellows were dressed in full wool uniforms out in the hot sun. 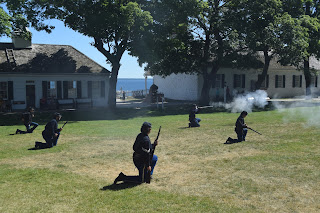 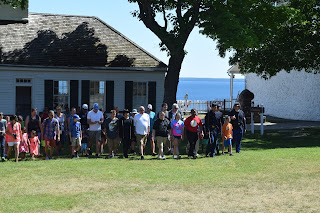 Marching - everybody up and marching - keep the line straight!

It really is a fun place to visit. Nice for kids and adults alike. That walk up the hill is a killer especially if (like us!) you walk up it twice!
Posted by Sharon at 11:25:00 PM
Email ThisBlogThis!Share to TwitterShare to FacebookShare to Pinterest
Labels: Fort Mackinac