It's Friday again - a week has just flown by - and it's time to join Amy over at Love Made My Home for Five on Friday. It's been a busy week as we've been away on holiday. I haven't been on the internet much only a couple of times (gasp). It was kind of nice.

This was our first 'real' camping trip. We actually cheated a little - we stayed our first night in a tent on a campsite, next two nights in a motel and the last two nights camping in a campsite. If we had driven straight through from Kalamazoo (where we live) to Munising (our hotel stop) it would have been about 409 miles. We didn't do a straight through trip. We wanted to see some sights on our way up so we took the scenic route. I'm not from here but I have to say that Michigan is just so beautiful. There were points in the trip where I just looked out, took a deep breath and said 'wow'. Some spots looked like paradise. The skies were blue, the water was blue and green and the sands white and fine. Sometimes I think a holiday is what we need just to take a breath from life, to reset and discover what's really important in life. We always seem to be in such a hurry and sometimes forget what is important in life. At one point I was thinking that if I was twenty years younger I would like to just sell up everything and move out in the middle of nowhere and live simply.

We did so much this trip it's really tough to pick five things to show or talk about. I think I'll probably do some other posts about the trip while it's fresh in my mind and the scrapbook hasn't been done. A blog is a great place to document and then look back. 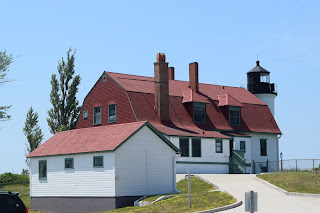 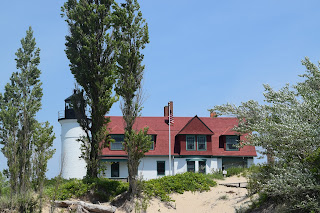 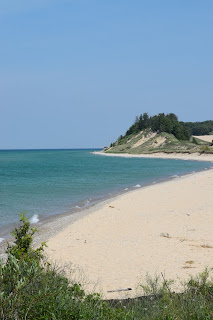 Point Betsie Lighthouse. Yes, we made it to see this one! We ended up seeing at least eight lighthouses this trip. This was one of my favourites. It was built in 1858. The views were just gorgeous. I'll definitely be doing more lighthouse posts!

Sleeping Bear Dunes. I know I did this just a few weeks ago but this place is really gorgeous. I am just in awe of its beauty. 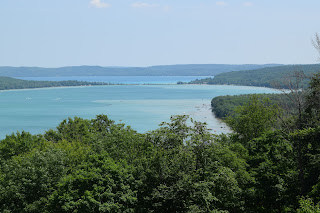 There were actually more people climbing the dune this time. They looked like little ants on their four legs. They were warned! 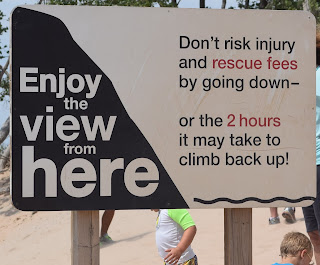 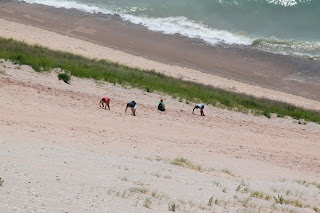 I was happy enough just to look out and enjoy the view! 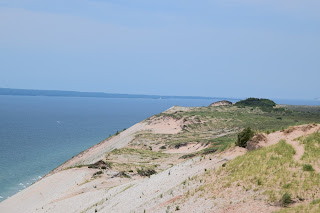 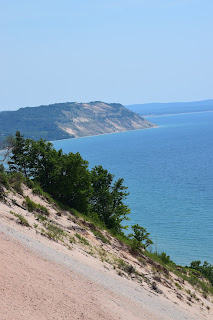 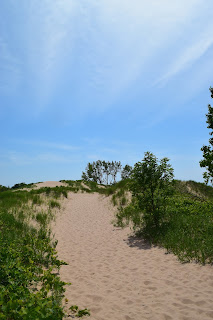 Tahquamenon Falls. This is a beautiful area. There are two lots of waterfalls - the upper and lower falls. Our hope next year is to hike between the two. We didn't realise but there is a campsite there too. The park consists of 52,000 acres stretching over 13 miles. 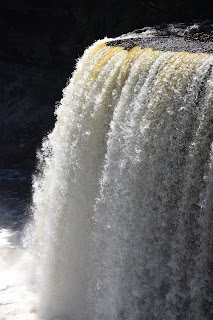 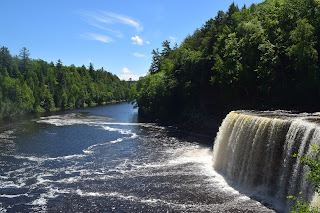 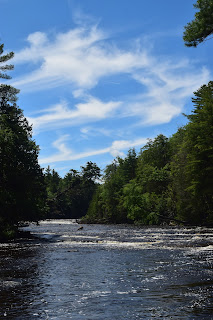 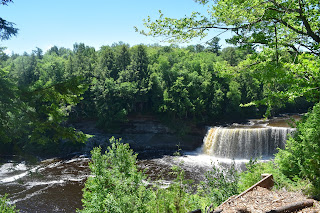 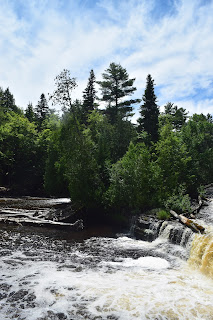 Beautiful. There isn't a lot more to say about this place. It speaks for itself. We took a boat tour to see the rocks from Lake Superior. It was windy and pretty chilly but the view is worth the ride. We also did a couple of hikes to look at the view from the shore. 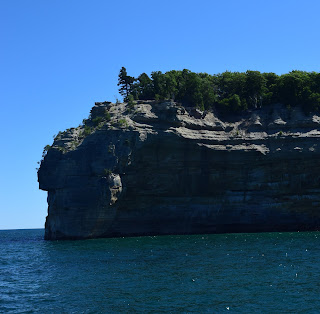 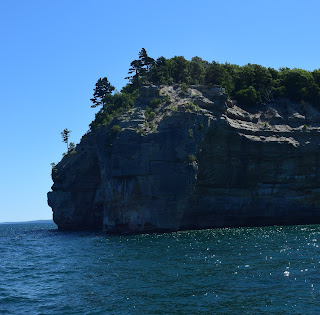 These are the Indian heads so named because people think they can see the outlines of Native American faces in the rocks. 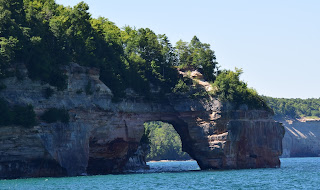 Colours of the rocks 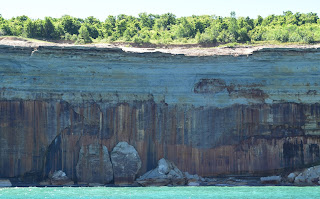 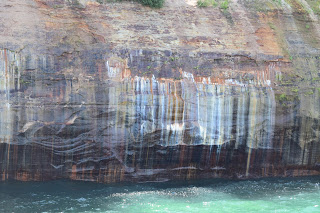 My favourite of the rocks. Chapel Beach Tree. This tree is on a rock. The only way it is still living is because the roots are across on the mainland. 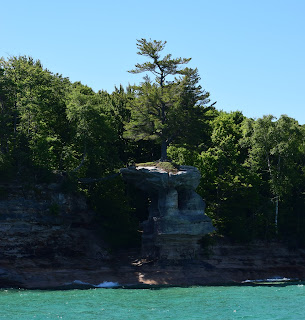 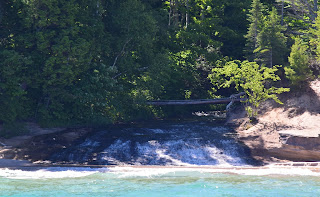 We walked to this one on our hike 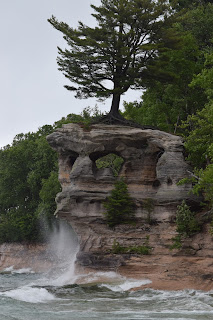 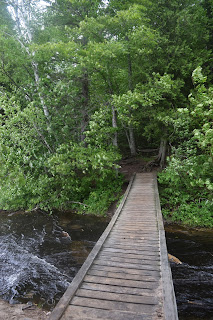 This is quite a long post so if you're still with me I'll be quite quick. I'll probably do another post on this just because I find it interesting.

Fort Mackinac.  On Mackinac Island. Yes, we ended up taking the boat over here. The fort was a British and American outpost. Nice place to visit. Great cannon firing demonstration among other things. 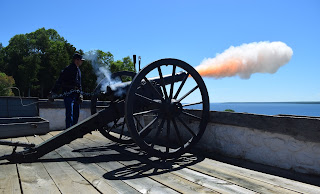 As an end note, I wasn't sure that I was going to like camping. I did. There was a night when it was chilly, a night where it rained and a night where we were too close to some noisy neighbours, but I had a lot of fun. I enjoyed sitting around a camp fire at night, not dealing with phone calls and emails, no access to the internet, just enjoying the moment. It really helped that we had a nice view and could listen to waves crashing on the shore each night and when we woke in the morning. 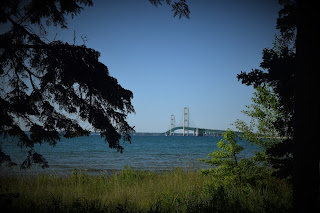 View from our campsite. I'm already planning next year!!
Posted by Sharon at 12:08:00 AM
Email ThisBlogThis!Share to TwitterShare to FacebookShare to Pinterest
Labels: camping., Five on Friday, Holiday, Mackinac, Michigan, Pure Michigan