Book Declutter - yes or no?

Did I do it? Have I managed to declutter some books?

(This is where, if my blog had sounds, there would be a drum roll).

I'm quite pleased with what I've managed.

To say that I have a lot of books is an understatement. I love books. I have a Kindle, but it's not quite the same thing (not to mention I accidentally stepped on it the other day as it was beside my chair and I cracked the screen - sigh). I enjoy holding a real book in my hands. I like thumbing over the pages. I like bookmarks too - funny ones, inspiring ones, ones I bought at places I've been too.

BUT enough is enough. I am determined to get rid of some. I managed to get rid of 32 yesterday and over 20 today! I am going to call that a win. These are ones sort-of easily parted with. I have a few series ones that I am going to list on Ebay for a while. If they don't sell I shall be letting them go. I have contacted the local community centre to see if they are accepting books. If they don't they are going to the charity shop along with a few other bits I've decluttered from around the house. I'm also going to check what books on my shelves I do have on my Kindle. If I have duplicates I am letting the 'real' ones go. I tend to buy books on Kindle when they have a deal on them so I probably have duplicates on my bookshelves.

I want to at least go through the books once before tackling the craft room which will be a project in itself! 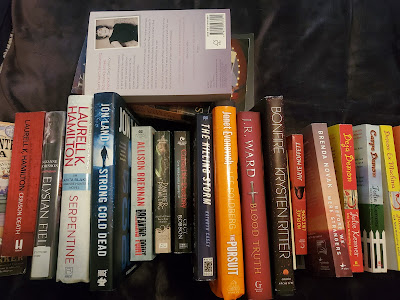 Smiling because it does actually feel good to just let them go!
Phone Photos - Things That Make Me Smile 84/365 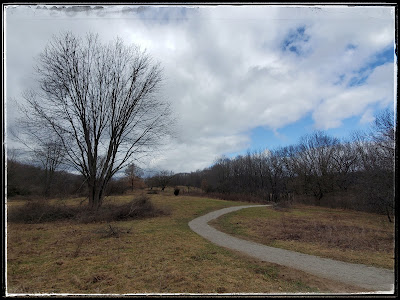 It has been raining for days on end. There was a brief moment this afternoon when the sun came through. Then it started raining again...now it has changed over to snow. Sigh. I think Mother Nature has forgotten that it's supposed to be Spring. I know that the saying is 'in like a lion, out like a lamb' but I think it's been mixed up lol.

Posted by Sharon at 8:07:00 PM
Email ThisBlogThis!Share to TwitterShare to FacebookShare to Pinterest
Labels: books, decluttering, everyday, Photo a Day