I need to remember...

I need to remember to post in the daytime before I sit down for the evening. I forgot to post last night until the computer was shut down and I was ready for bed. I almost forgot tonight. Shaking my head at myself. I even have a 'plan' written down in my planner, but did I look at it? Obviously, the answer is no lol.

Monday - I was still feeling a little queasy and husband said he wasn't feeling too well before work so I told MIL and we decided to not go to Jane's. I would hate to get her sick! I did take a Covid test as I've been feeling really tired, but thankfully it was negative. We must all just have a stomach thing. Today was better and I'm almost feeling back to normal.

Yesterday I went for a walk and then managed to get some things done around the house. I did a little at a time and sat down in between as I found that if I moved too much my stomach started rolling again. I did get a couple of things done that I have been meaning to do so that's a plus! 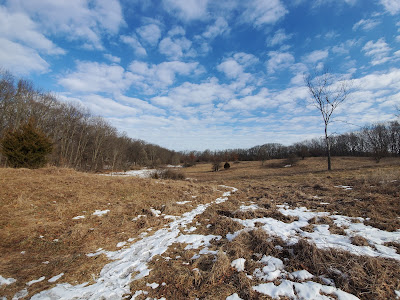 Not too exciting. It's from my walk yesterday. It was lovely and sunny, but that's not what made the smile of the day. The snow and ice is melting! There were still - unfortunately - lots of ice, but it's slowly melting.

Today I took the time to go out and take some photos. Just me. By myself. I took my time, wandered around at the beach and enjoyed the quiet. At the state park I was the only one there! It was so lovely and peaceful. The beach was mostly free of ice, but there was a line of ice formations in the water. I could hear and see the gentle waves. It was really quite lovely.

Here are a couple of phone photos 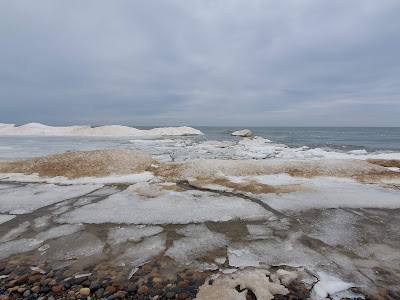 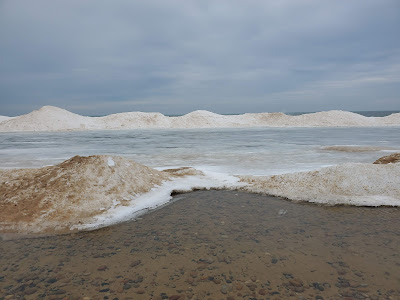 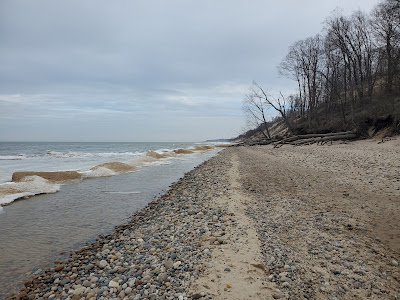 The thing that really made me smile is something quite silly, but here it is. 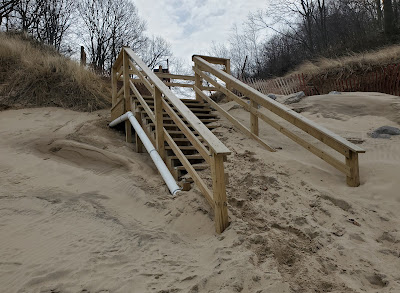 A staircase. The last time I was at this park there was no way down to the beach. There used to be a concrete walkway here, but it was destroyed due to raising Lake Michigan levels. It was blocked off where you can see the fence with caution tape.  The lake has receded a little bit now. I was so excited when I learned that a stairway had been installed.

Posted by Sharon at 9:39:00 PM
Email ThisBlogThis!Share to TwitterShare to FacebookShare to Pinterest
Labels: day out, everyday., Photo a Day