Okay - What Happened to Spring??!!

Woke up this morning to several inches of snow. Yes, you've read that right - snow! I think Mother Nature is sleeping in and has forgotten that it's supposed to be spring!

I must admit that it was quite beautiful. The snow had stuck to the grass and the trees, but the roads have been too warm for it to lay too much and so those, and the pavements were clear. I did go out. Just to the local park as husband was helping middle son look for a car again. I wanted to at least get out for a little walk, just to break the day up. I'm also doing a Big Project for my online camera club - A Year at Asylum Lake - so I wanted to take some late snow photos for my project. I don't think the snow will stick around for long. It is supposed to be cold tomorrow - some artic thing (don't they always say that now?) - but warmer at the beginning of next week. 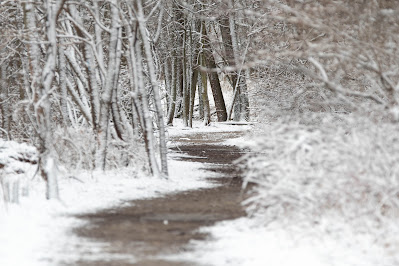 There was hardly anyone around - just two runners, one I recognise from being a regular. So it was lovely and quiet.

I went to look at the daffodils. Poor things were mostly buried. 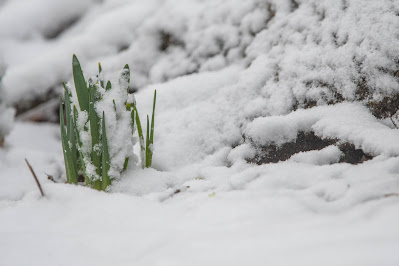 I had to look really hard to see these ones. Most were buried beneath the snow so I hope they survive! They are pretty hardy, I think.

Back home I don't think the birds were too happy about the snow. They were awfully hungry most of the day. 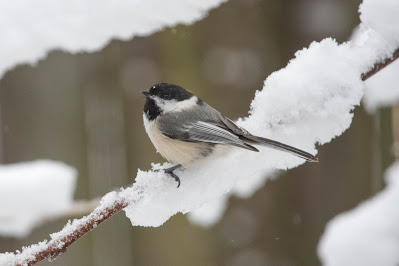 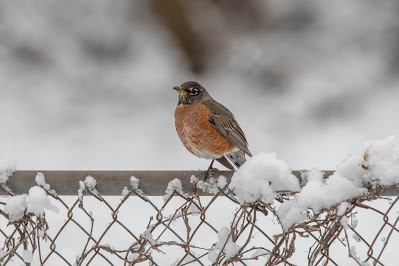 Don't these photos look like winter, rather than spring?

The rest of the day I stayed inside. I thought about sitting out and enjoying the birds and taking some photos (bundled up of course) but, in reality, I am a little tired of the snow, so I stayed inside. I got (mostly) caught up with my online Camera Club Project. I sorted out a few things.

Oh, by the way. Son did find a new-to-him car. He bought it today! They did a little... well, a lot of running around, but he has the car and he is so excited! 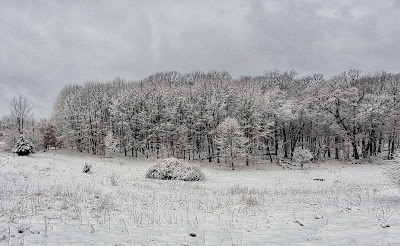 I'm not liking the snow, but just the peacefulness of my walk made me smile. It's amazing how much joy nature brings me. Even though it's a tough weekend I find joy in the little things.