Lost track of days again. Can't believe it's already Tuesday.
Been in a bit of a funk. It's my son's birthday today but also one year since Mum's funeral. Just feeling a bit off so haven't posted.
I have been going out for my walks. They help. Just being able to appreciate nature and all its beauty makes my mood a little better.
Tomorrow the plan is to go for a walk, come home and at least go up in the craft room. The nights have been a little cooler and it isn't so stifling upstairs. I did go up there the other day and look through a few things. It seems a little overwhelming, but I know that I have to start somewhere. It's certainly not going to sort itself lol. I've got a little bit of other sorting done, not as much as I hoped, but I'm slowly hacking away at it. Instead of doing more of that I have been catching up on photo editing. I feel a little more organised with those at least! I guess that's something lol.
I must say I've been enjoying watching the Blue Jays in the garden too. There are a lot of babies around right now. They have finally found their voices and spend a lot of time squawking and scaring away a lot of the other garden visitors - I find that Blue Jays are the neighbourhood warning system when hawks are around, but the babies don't seem to quite know that or they just want to scare everything away from the feeders!
Here's a couple of photos. I really like taking their photos! 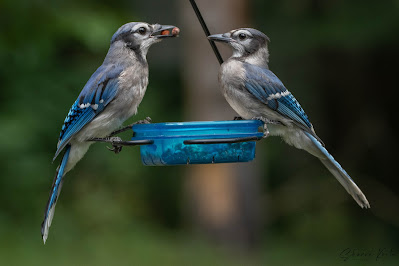 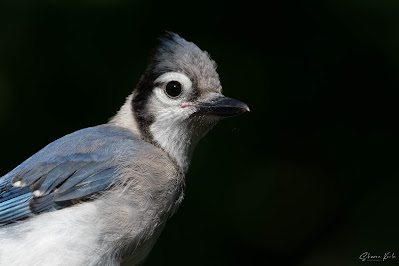 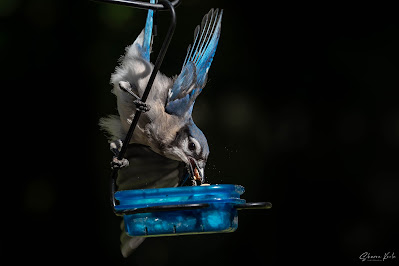 Do you watch the birds in your garden? Which ones are your favourites to watch?
I probably spend too much time watching mine!
Things That Make Me Smile Day 226 (Sunday) 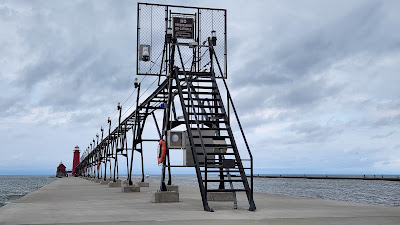 We went to Grand Haven on Sunday. It's been a while! We tend to stay away from the beaches during the summer as they are so busy. We did take a walk along the pier out to the lighthouse though. The day wasn't the sunniest and it was a bit drizzly but we went out anyway!
Day 227 (Monday) 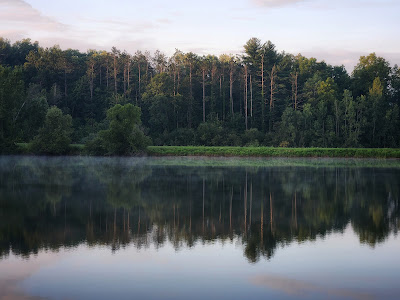 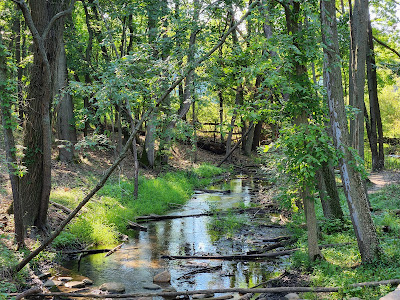 Another walk, another peaceful place. There really seems to be a theme to these photos, doesn't there?
Back tomorrow.
Posted by Sharon at 9:06:00 PM
Email ThisBlogThis!Share to TwitterShare to FacebookShare to Pinterest