It's been a horrible year and I'll be glad to say goodbye to it. It's another tough day. Mum and I usually see in the New Year together. I'll call or Skype her and we'll watch and listen to Big Ben ringing in another year. We've done it for...well, as Mum would have said, we've done it for donkey's years. We usually have a natter, sing Auld Lang Syne and then finally I'd be able to say I'll see you later this year, rather than saying I'd see her next year. Sigh. Good Memory, but really sad. I suppose in time it will be a little easier. I'm going to try to find a way to listen or watch and have a drink in her memory.

On a positive note I've been thinking about 2022 and goals. Hopefully I'll have some to share. I haven't posted for a couple of days as I've just been feeling a little off but I have been doing some thinking. A lot of the plans I had for this year barely got started before Mum got sick. I want to follow through on some of those and maybe make new goals. I don't do resolutions as those tend to last for a bit and then when I fail (which ultimately I do) I abandon them altogether. So rather than resolutions there will be goals. I shall try breaking them down into smaller more managable goals. I shan't be too hard on myself if I do fail. I shall pick myself up and start again.

I hope you have a safe and peaceful New Year's Eve. 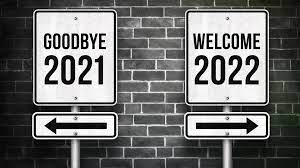 Posted by Sharon at 5:26:00 PM
Email ThisBlogThis!Share to TwitterShare to FacebookShare to Pinterest